The beautiful state of Sikkim has a number of monasteries and Buddhist cultural centers in and around the state. There are many temples and religious places in Sikkim. Some of the religious spots in Sikkim are:

Baba Harbajan Singh Temple Memorial is a shrine situated at the East Sikkim district. The shrine was built at his 'samadhi'. In addition to this, there are about 75 monasteries with the oldest dating back to 1700s. 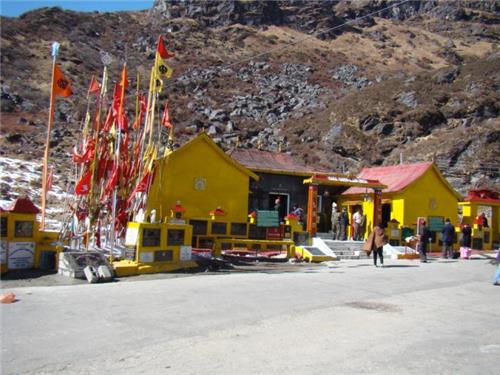 Gurudwaras in Sikkim are:

Situated on the banks of river Rangit, Shiva Mandir is a wonderful Shiv temple also known as the Kirateshwar Mahadev Temple. Legendary stories tell that anyone who worships here earns the virtues of two lifetimes. Devotees come from all over the state to visit this temple and reaching the temple premises is via a suspension bridge. 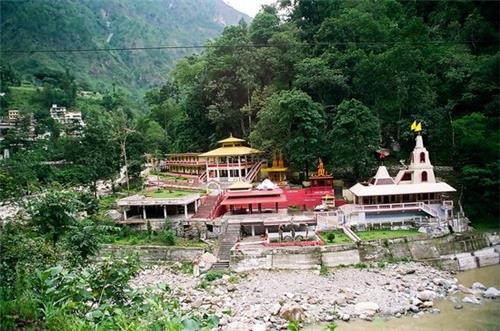 Samdruptse, meaning ‘wish fulfilling hill’, is at south Sikkim at a distance of 75 kms.away from Gangtok. The most attractive feature of this religious place is the 135 feet high statue of Guru Padamasambhava that is installed on top of the ill. The foundation stone of the statue was laid in 1997 by His Holiness Dalai Lama. It is the world’s highest of the Guru and attracts a lot of tourists every year. Samdruptse is a pilgrimage center with the aim of spreading love and peace around the world. 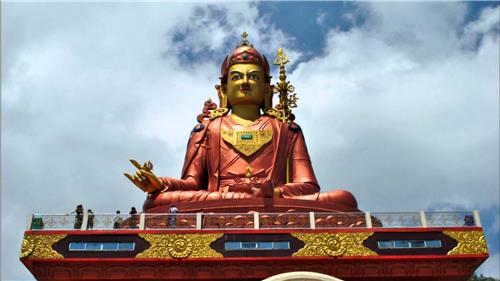 Pemayangtse Monastery, considered to be one of the most premier monasteries of the state belongs to the Nyingma Buddhism. This monastery was assigned to perform all religious functions of the erstwhile monarch.

This monastery was built by Latseen Chembo in the 17th century. It is situated at a height of 6,841 feet and at a distance of 110 kms from Gangtok and offers panoramic view of the Himalayan ranges and the surrounding hills and country-side. It is one of the oldest monasteries of Sikkim. The monastery is a three storied building fitted with wall paintings, sculptures and antiques. There is the Zandog Phalri on the third floor of the building which is a seven tiered painted wooden model of the abode of Guru Rimpoche. This model was built single handedly by late Dugzin Rimpoche in a duration of five years. There are many celebrations which take place in the monastery every year.

This is the second largest monastery of state of Sikkim. Sanga-Choling Monastery is situated on a ridge above Pelling. The Monastery can be reached by walking at least 40 minutes up the steep hilly slope. The whole surrounding is covered with hills and forests. The monastery was built in 1697. The word ‘Sanga Choeling’ means the ‘island of esoteric teaching’. 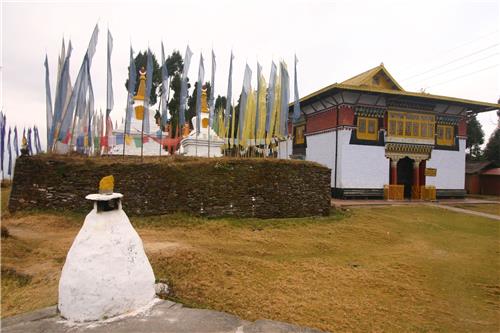 This monastery is the first monastery to be built in Sikkim. It was built in 1701 AD and is located on a hill top about 3 kms from Yuksom. This monastery was built shortly after the coronation ceremony of the first Chogyal at Yuksom and is an ideal place for meditation. 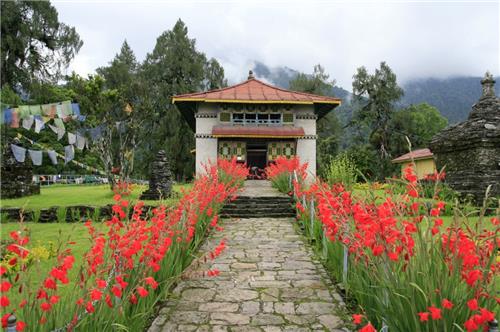 This monastery is located on the gentle slope which stretches from Kabi to Phodong. The Phensang monastery was built in 1721 during the time of Jigme Pawo under the Nyingmapa Buddhist Order. The original structure was set on fire in 1947 and was rebuilt in 1948 by the efforts of the lamas.
There are around 300 monks in the monastery. The monastery hosts the annual Chaam festival on the 28th and 29th days of tenth month of the lunar calendar (Tibetan Calendar). 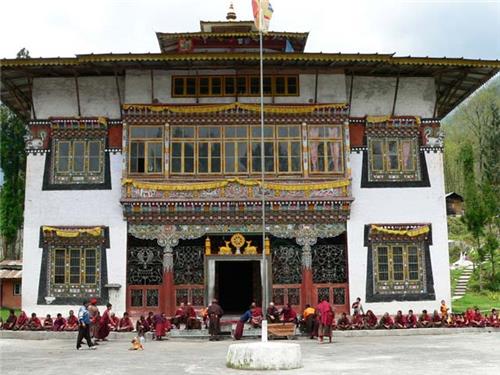 Around 4 kms beyond Phodong is the renovated Labrang Monastery which is unique for its architectural design. This is one of the major monasteries of Sikkim belonging to the Karmapa sub sect of Kagyupa monastery. It was built by Chogyal Gyurmed Namgyal sometime during the first quarter of the 18th century. There are beautiful moral paintings which adorn the walls of the monastery. 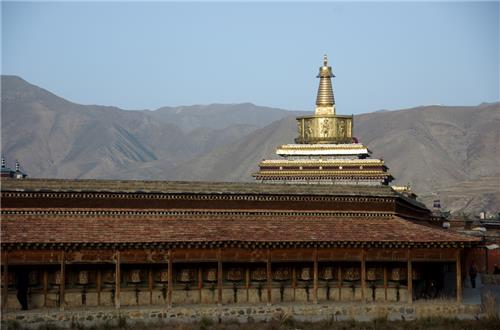 This monastery was built in the year 1806 and is located in Lachung. It is situated atop a hill and is one of the picturesque monasteries of Sikkim. The monastery belongs to the Nyingmapa section of Buddhism. 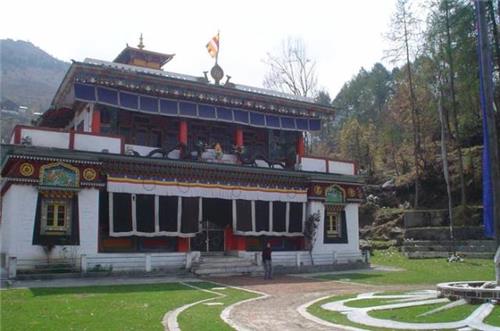 Ralong Monastery is the oldest monastery of the Karma Kagyu sect and was built during the reign of the fourth Chogyal Gyurmed Namgyal. There are around 120 monks in this monastery. This monastery has Karma Kagyu order and it was built after the return of the fourth Chogyal from his pilgrimage to Tibet. In between the years 1975-81, the Government reconstructed this monastery. The monastery holds its important ceremony during the 28th and 29th day of the tenth month of the Tibetan calendar, when the ‘chaams’ are performed. 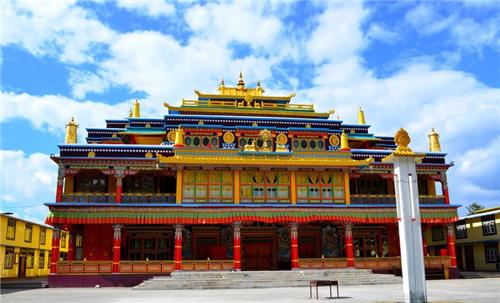 This Buddhist Stupa was built in 1945 by the Venerable Trulshi Rimpoche, head of the Nyingma order of Tibetan Buddhism. The stupa has some fine collections of Dorjee Phurba (Bajra Kilaya), a set of Kan-gyur relics (Holy Books), complete 'Zung' (mantras) and other religious objects. You can also see two huge statues of Guru Rimpoche (Guru Padmasambhava) adjacent to this Chorten. 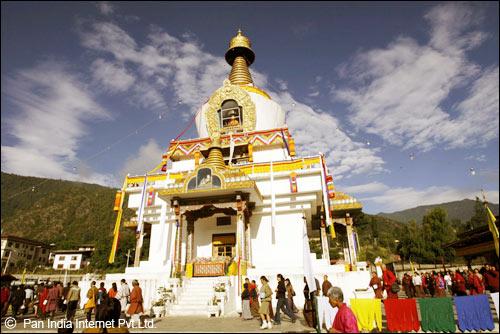 Inside the stupa, (there are complete mandala sets of Dorjee Phurba around this Chorten), are 108 Mani-Ihakor (prayer wheels). These prayer wheels are turned by the devout Buddhist while chanting “hail to the jewel in the lotus” to invoke Buddhisattva. It is surrounded by Chorten Lakhang and Guru Lakhang. Pilgrims in large numbers come to pay homage to the deity in the complex. Do-Drul Chorten being one of the most important and biggest stupas in Sikkim, it attracts innumerable tourists.

Apart from the above, there are a number of other monasteries like:

Mosques in Sikkim are: 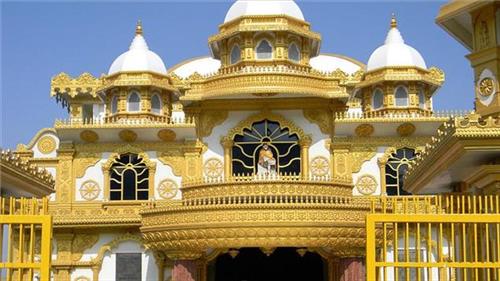