The state of Sikkim is a beautiful place where any one can spend their vacations with joy and spirit. Being a small state located in the foot hills of the great Himalayas, it is also popular for its adventure sports like rafting, trekking, yak riding and mountaineering besides its scenic beauty.


Sports Clubs and Associations in Sikkim 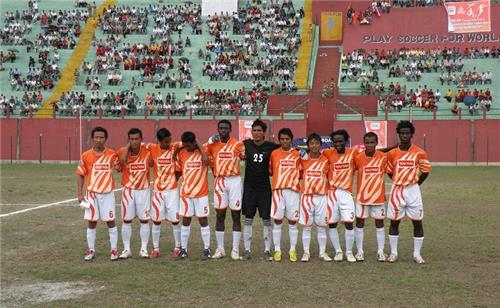 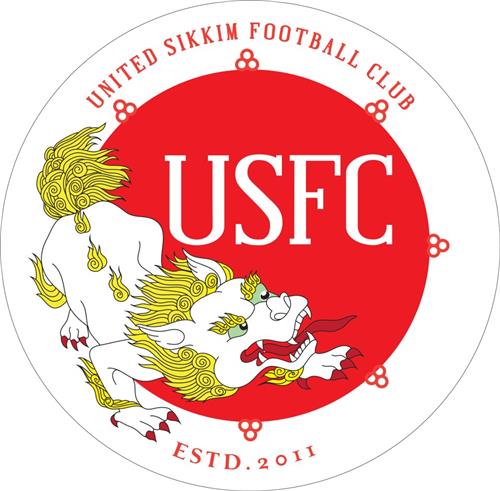 Based in Gangtok, the United Sikkim Football Club was founded in the year 2008 by Sikkim Football Association and Baichung Bhutia. It is the only club from Sikkim to play in the I league and is the second team from entire of north east.

An associate member of the board of Council of Indian cricket, the Sikkim Cricket Association governs all activities related to cricket in the state of Sikkim.

Sikkim Paragliding Association (SPA) is a body formed in order to promote the aero sports which is still to gain popularity amongst the people.
Contact No.: +91 98515 88593

The Palzor stadium is the most popular and famous stadium of Sikkim. The stadium is majorly used for all football matches. The capacity of the stadium stands at 30,000 people. It is more popularly known as the Polo Ground and was opened way back in 1943. The stadium is the ground for all parades in the state such as Independence Day and Republic Day and other public meetings.

Sikkim has given birth to one of the most famous player in the football history of India: Baichung Bhutia. Apart from Baichung Bhutia, there are also other sportpersons from the field of archery and football. 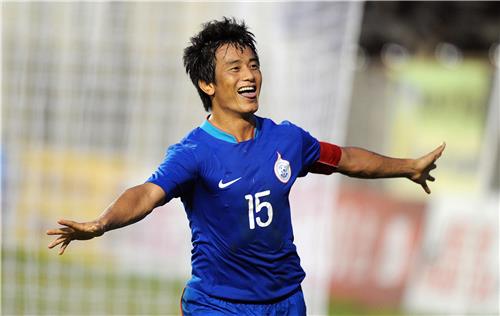 Baichung Bhutia, is a footballer based in Sikkim who plays as a striker. Nicknames as the Sikkimese Sniper, Bhutia has shooting skills worth mentioning. He was selected the Indian player of the year three times. He is the first Indian footballer to sign contract with a Europena club when he signed his first deal with English Club Bury in the year 1999. He even has a stadium named after him in honour of his immense contribution to football. He has been honoured with awards such as the Arjuna award and Padma Shri. 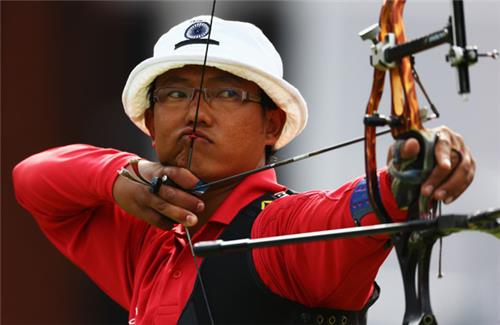 Hailing from Namchi, Sikkim, Tarundeep Rai is an Indian archer. He is the first Indian to win the men’s silver medal in Archery at the 16th Asian Games,2010. He has taken part in many Archery competitions at an international level in Asian Games and World championships as well and brought laurels for the country.

Archery is a sport which is very popular amongst the Sikkimese. It is a traditional sport practiced here since time immemorial. It is especially played during the harvest season and can be considered as a ritual practice here. The game needs to be played wearing their traditional attire known as ‘kho’. Even the women take active participation in the game and there is valid use of verbal abuses during the game in order to confuse the opposition. 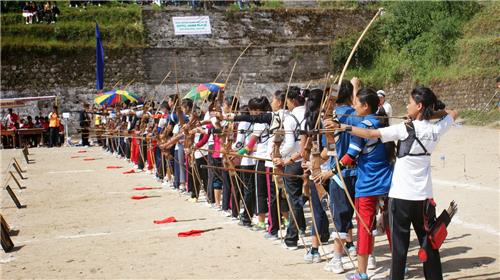 Sikkim is one place in India where you can drool away and at the same time have your adrenaline rush at the peak with its unlimited scope of adventure activities. 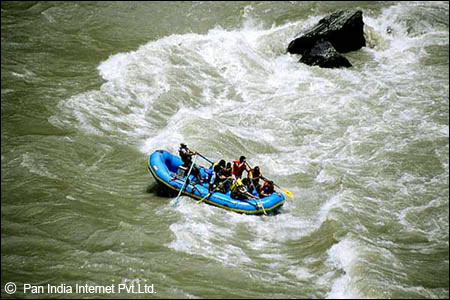 The Teesta and Rangit rivers and its tributaries provide a great experience of rafting. Due to hilly area, the rivers have rapids and good speed. Due to this, various rafting tours are organized during the tourist seasons in Sikkim. The white water rafting on the Teesta River starts from Markha and roll down till Rangpo through Sirwani and Mamring. The river rafting on Rangeet River starts from Sikip and finished at Melli through Jorethang and Majitar.

Sikkim is a famous place for trekkers. The state has many easy and short trekking routes. The trekking routes include great Himalayas, beautiful gompas, meadows, forests and orchards. Tashi View Point- Tinjure Trek, Dzongri Trek, Chiwabhanjang Trek, Garakhet Trek, Varsey Trek, Trek to Tolung monastery are some famous treks in Sikkim. It is a major source of attraction in Sikkim and hence with the passage of time a lot of trails have been developed by the trekkers who visit the place for trekking purpose.  Some of the trails in Sikkim which are worth going are as follows: 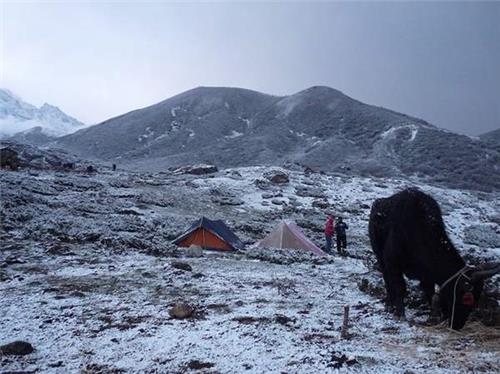 A traditional trekking route that leads to Goecha La, the Dzongri Trek of 9 days gives one the view of Mt. Pandim and Kanchenjunga. Known as the paradise for trekkers, the best time for this trek is from March to June and August to November. The altitude of this trek is 4020 meters.

It starts at Bagdora nd then continues upto Lingsha. Common things found on the way are yaks and alpine trees. At an altitude of 2438 meters, the best time for Tholung trek is from March to May and it can last upto 9 days.

A very high altitude trek, the Lhaba Tarum Tsachu trek gives on adventure, romance, pleasure and serenity. Just 16 kms away from the Kanchenjunga peak, it is at an altitude of 2650 meters and best time for the trek is from march to may.

Passing through forests and wonderful rhododendrons, the Green lake trek is a trek at an altitude of 4935 meters and it takes as many as 11 days for the trek. Green lake needs permit for access and hence everyone cannot go for this trek. The best time for this trek is November to March.

This is a 15 days trek to test the adrenaline rush of trek lovers for it is at a very high altitude. The trek gives one a lot of breathtaking sights at an altitude of 4340 meters and the best time for this trek is May to October.

Also known as the soft trek, the Varsey trek is at an altitude of 3060 meters and it takes around 10 days for the trek to complete. This route takes one to the abode of rhododendrons and orchids and camping can also be done on the way in this trek. Monasteries are an added bonus in this trek.

This trek started in the year 2000 and at an altitude of 5000 meters, it is one of the dangerous and thrilling treks of Kanchenjunga. The trek starts at Yuksom and gradually the altitudes become gradual leading one to the wilderness. The trek takes 10 days and the best time is from March to October.

Also one of the thrilling treks of Sikkim, the Sikkim Khangchendzonga Trek is at an altitude of 4940 meters and takes as many as 20 days for the trek to complete. The best season to go for this trek is April to May. Beautiful flowers can be witnessed here on the way to the trek.

It is one of those rare treks from which all the four peaks- Everest, Makalu, Kanchenjunga and Lhotse can be seen. It is a very steep trek and hence one needs to be highly alert during this trail. The best time for this trek is from June to Septemeber and it takes 12 days for the trek to complete. The height of this trek is 3636 meters.

Starting at Yuksom, the Goecha La trek is at a height of 4940 meters and the number of days to complete it is 8. The trek can also be done via motorbikes and it ends at rocky terrains. Best time for this trek is May. 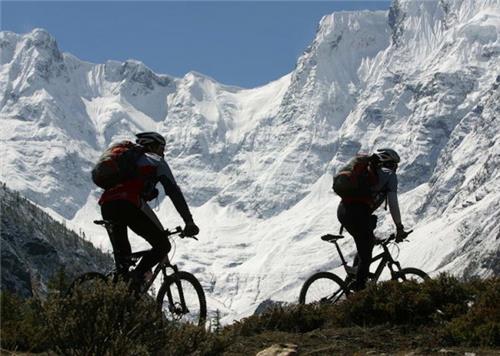 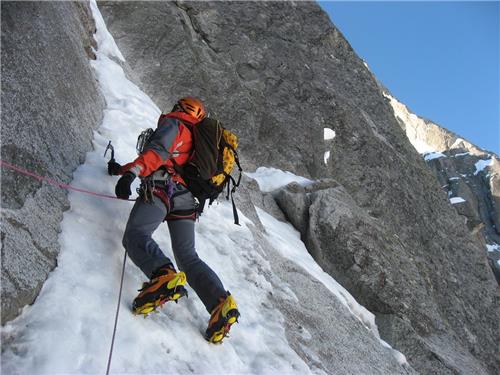 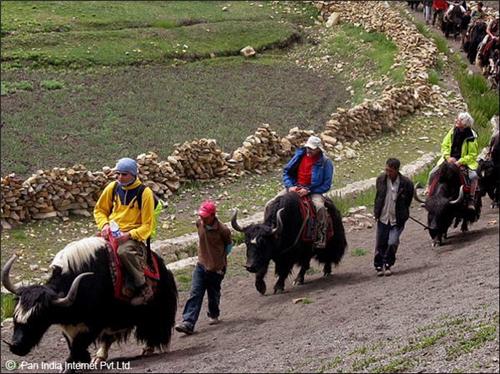